It only snowed once this week. The number of infections is rising. The daily new cases in Olmsted has been up to ten times as usual in these two weeks. We try not to go out often.

What I Saw This Week

US stock market went high early this week. It seems US people are happy with the result of the election. My WeChat moments thread was full of big news that China signed one of the world’s largest regional free trade agreements, R.C.E.P..

While the Rust China Conf is in planning, I see blockchain projects are more active than traditional internet companies. Especially with the high hope that China is the most prominent economic entity for the next decade, foreign companies and investors move fast to China.

The news that Python’s creator Guido van Rossum joined Microsoft brought discussions. I heard people joked about it, saying Python is becoming more popular because it is no longer controlled by him, as it was for the previous 25 years. Lol.

I decided that retirement was boring and have joined the Developer Division at Microsoft. To do what? Too many options to say! But it’ll make using Python better for sure (and not just on Windows :-). There’s lots of open source here. Watch this space.

Anyway, I love to see people enjoying what they are doing, no matter that person is retired or not. I might do the same reading, writing and programming, when I am retired, and keep exploring the world.

My Walnuts project has implemented basic cli, UTC timestamps, and creating genesis block. I keep a log for this project: Walnuts Hacklog. I learned a little bit more about Rust along the way, and put notes in Rust Cargo and More.

We (actually Brian) worked on Substrate a bit, with other TODO works listed here. Except for Substrate, I didn’t work on other projects this week. I cleaned up my previous notes about other projects and published Data Structures in Popular Blockchains.

Maintaining an open source project is frustrating. While maintaining RiB, I see both people who say they will contribute and people who actually do contribute. RiB could be a fun side project if I were not responsible for other people there. Although I understand this is an important part of building a community.

I saw this-week-in-rust has been running for about seven years, and people are proud of themselves if they maintain or contribute to it. I also saw some paid-maintainers’ newsletters are stopped at some point. I don’t know where RiB will go.

Blog post: Convex and Concave Dispositions. I kind of like Vitalik’s writings recently, which are comprehensive with math, economics, countries, communities with developers as well as holders. Meanwhile, he can explain things clearly and not hard to understand. Some posts about Poof of Stake:

Blog post: An interesting story about an anonymity group with math academics. Inside the Secret Math Society Known Simply as Nicolas Bourbaki

“Essentially, you give no comment about what you do or why you do it,” Chambert-Loir said. “You state stuff and prove it, and that’s it.”

Bourbaki joined its distinctive writing style to a distinctive writing process. Once a member produces a draft, the group gathers in person, reads it aloud and suggests notes for revision. They repeat these steps until there is unanimous agreement that the text is ready for publication. It’s a long process that can take a decade or more to complete.

“It’s sort of hard to imagine a group of young academics right now, people without permanent lifelong positions, devoting a huge amount of time to something they’ll never get credit for,” said Lillian Pierce of Duke University. “This group took this on in a sort of selfless way.”

We drew a spaceship with coconut energy trees! 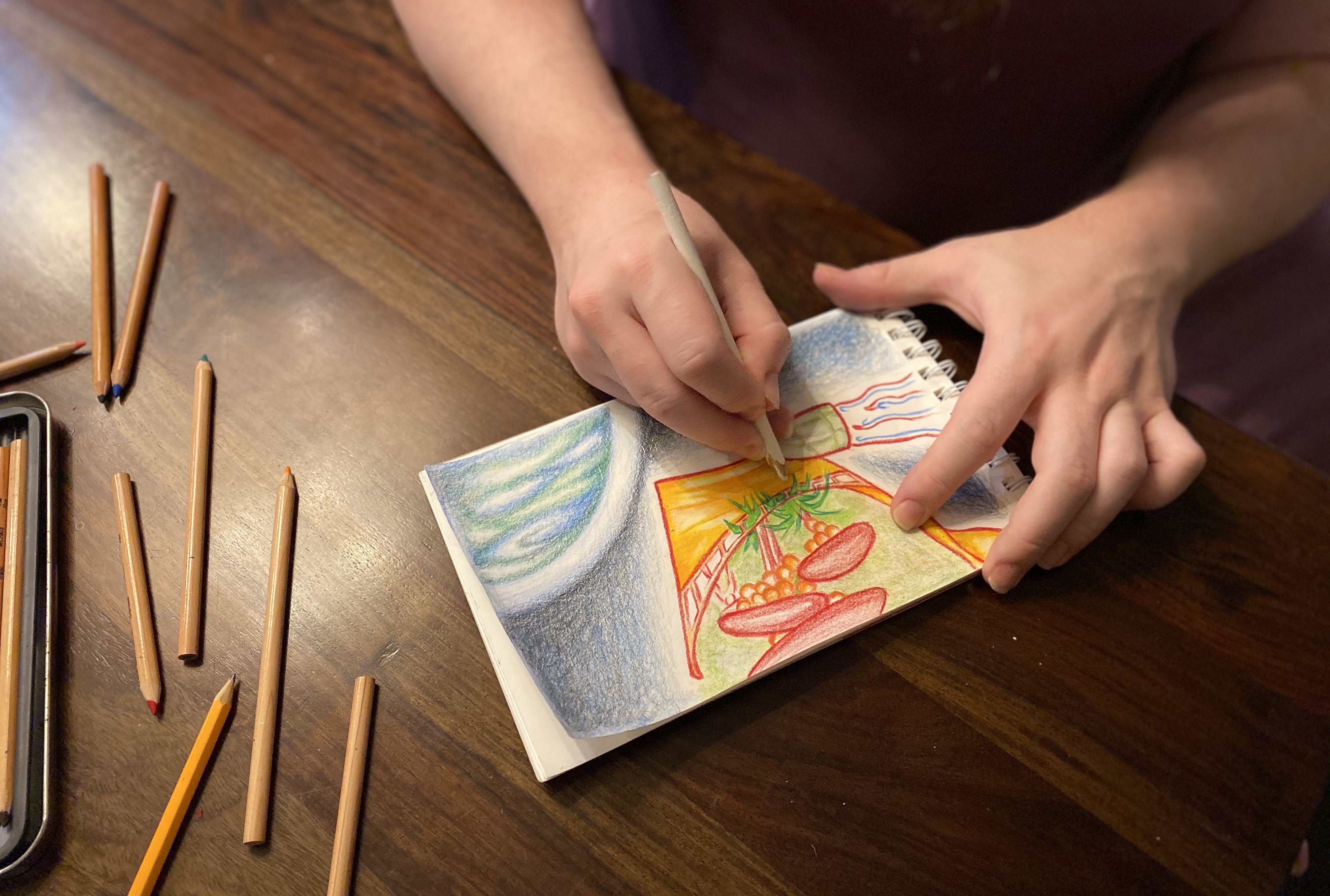