It started snowing last month in Rochester, Minnesota, and it continues to snow a lot, about every second day last week. I have already seen the most snows in 2020 compared to previous years.

The most satisfying moment is lying on the couch with my laptop, working and reading, staring at snow outside from time to time. Since it will be colder in Minnesota, we have decided to stay in the city and not move for the next couple of months.

Opinions and prejudices exist along with human beings. The Rust community still seems anti-blockchain in general. I think a blockchain or smart contract topic can never be accepted by RustFest, and I’ve seen more than one such talk be rejected. By contrast, the Rust China community started preparing Rust Conf China 2020 in Shanghai, scheduled for December, with a session that gathered blockchain projects’ topics.

Rust has a massive adoption in China. Famous companies, such as Ant, Alibaba, Bytedance, Zhihu, and Huawei, use Rust but don’t open source their projects or even share any tech details to China dev channels. New startups, especially blockchain startups, are heavily hiring Rust developers with higher-than-average salaries.

The main reason is that modern blockchain projects, such as Polkadot, NEAR, Solana, and Nervos chose Rust as the first implementation of their protocols’ design. Even the oldest and classic project, Bitcoin, is actively building Rust libraries. Taking advantage of Ethereum’s smart contract engineering history, modern blockchains also support building with Rust on their platforms by default.

The next trend to expect: building smart contracts on multiple chains in Rust.

Having being inspired by Rust_OS for a long time, I finally decided to program a toy blockchain in Rust and share my learning journey. Piece by Piece: Write Readable Rust Code is the first post, and it surprisingly got feedback from the Rust community. I feel encouraged by that and am preparing the second post.

While building my toy blockchain, I read other projects’ code to learn and dive deeper and deeper until one day, I realized that I haven’t even made my program cargo build successfully. I throw away all the messy code, started over with a clean repo, and built with tiny steps each day.

Moved My Resume off LinkedIn

My resume has been sitting on LinkedIn for several years, and recently LinkedIn has started sending me nonsense notifications, and I feel annoyed. I first disabled my resume for a couple days and then finally deleted my account. I started a new resume page on my own website, hoping it will be easier to improve and maintain.

While reviewing the previous years of my career, I didn’t think carefully about whether the next step is good or bad. I just always chose things I’d love to do and kept doing it until I was bored. My career is more like a life journey where I see more of the world in diverse cultures. People, in general, assume the world doesn’t change, that it is stable, so we should plan our careers or even our whole lives on this assumption.

However, the reality isn’t that simple. We didn’t plan COVID-19 in 2020; we didn’t plan to work remotely, lose jobs, or new opportunities; we didn’t plan to wear masks every day and keep away from people for such a long time, or even longer than we can stand. Of course, we do not have solutions for it at the moment.

I also didn’t expect to jump into a digital nomad lifestyle during the travel ban. Anyway, enjoy the changes, enjoy the moment.

I recently read too much code and documentation, and I am currently behind my reading plan for 2020. Hardly believe that it’s already November!

Books: Skin in the Game has been on my list for a long time. I started to give it a read this week, and I suddenly am addicted to it. I read another boring novel called Wilde Iris to help me sleep.

Papers: I read papers about programming blockchain. Towards Cross-Blockchain Smart Contracts is one that matches my current interests. For other papers I’ve read quickly, I put them in the RiB Newsletter each month.

Podcasts and videos: I like Lex Fridman‘s podcast very much. Except for tech questions, he also asks his guests philosophical questions. His interview style is more like chatting with an old friend, but not introducing a project or promoting some products. Some guests are shown in his channel multiple times with different statuses. You can see how their thoughts are changing, and how the world is changing from their point of view.

Detour: We went to a small town close to the Mississippi River, called Wabasha. It seems to be a German town, as it hangs the German flag everywhere. They were having a competition where people bring their hugest pumpkins to a park, each tagged with the name of their owner.

Standing between these giant pumpkins feels like I am in a gigantic-pumpkin universe. And I learned about Octoberfest for the first time, which is a good time for beers and pumpkins. Wabasha celebrates Septoberfest based on that. 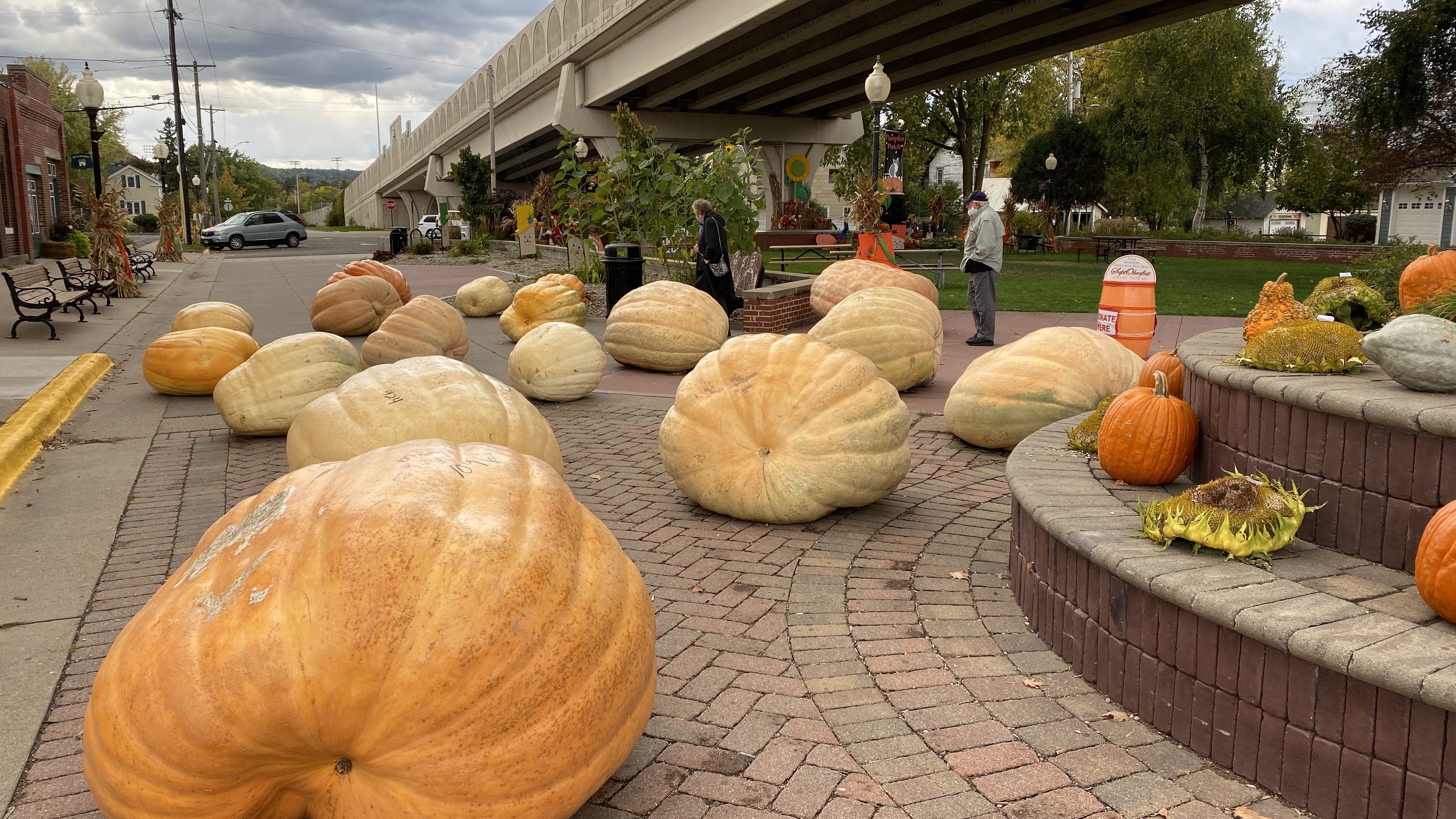 Movies: We started watching a TV series, Fargo, a sad story that happened in wintery Minnesota after the end of the movie with the same name. We were surprised to see that there are some connections between the two. I learned a bit of Minnesotan: “you betcha”, “aw, jeez”, “oh, ya”, “dontchaknow”.

Kitchen: Our cooking skills are growing, and our diet changes often. We were into tofu in the first two weeks and cooked it every second day as the afternoon tea snacks, but soon were tired of it. Recently, our interests moved to soups. We made a lot of soups, and we love curry soups the most. We cooked more seafood, mostly salmon and scallops, compared to burgers and sausages previously. We had more oats, yogurt, and bread as breakfast, diverse types of blueberries, fresh, dried, and frozen ones as snacks. Of course, we created new coffee drinks to enrich our afternoon tea experience. Our recipes get bigger. By the way, we started beer tasting. Brian writes about them in brson’s beer reviews.